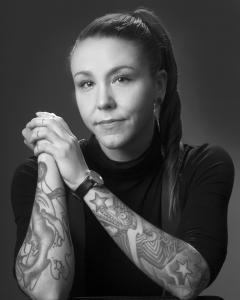 ABOUT:
Nina Paninnguaq S. Jacobsen – CEO & founder of PaniNoir.
Nina works as a producer in both film and documentary. She has worked in the creative industry since 2010, primarily as a line-producer, where she has gained experience with productions in film, tv, photography and various cultural projects. She has both local and international collaborators, and as of winter 2019 she is currently working on 7 projects in her company.
Nina was born and raised in Greenland and is fully proficient in English, Danish and Greenlandic, both written and spoken.