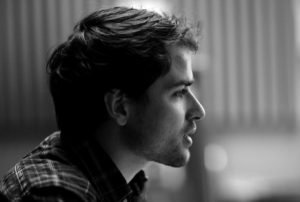 Jakob is born in Qaqortoq, Greenland, in 1988 and has the company Sleepvalley. He has been working with Ànorâk Film since 2015 on different projects, including festival coordinator on Sume – The Sound of a Revolution and co-producer on Fald Til – I Stedet For at Falde Fra.

Jakob is also a musician and manager of the Greenlandic indie rock band Small Time Giants.

He is chaiman of PIP (The Union for Culture and Youth in Greenland). A non-profit organization that makes different cultural projects for the Greenlandic youth. One of the main projects is NIPITU – an annual summer music school in Qaqortoq.

“Fald Til – I stedet for at falde fra” – casting, interviews
“Sumé – The Sound of A Revolution” – festival coordinator